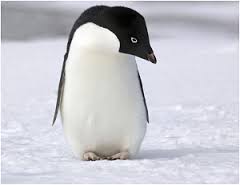 It is not a perfect system that Google uses.  Some reports are that spammy sites slip through the updates and are not lowered in ranking and some even rank higher. There are plenty of tweaks happening all the time and in fact. This update supposedly has only affected 2.3% of the English sites listed on Google.  Here is Google spam master Matt Cutts’ comment:

“About 2.3% of English-US queries are affected to the degree that a regular user might notice. The change has also finished rolling out for other languages world-wide. The scope of Penguin varies by language, e.g. languages with more webspam will see more impact.”

In real life terms the number is about 2.3 million sites that are being affected.

You can pretty much bet that if you are doing everything right with your website, are not taking any short “Cutts” (pun intended) and are adding content regularly that you will eventually rise to the top. You got to have faith as George Michael once said.