Apple is the Most Valuable Company in the World 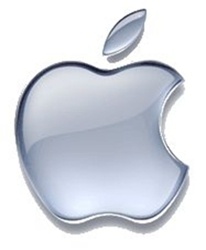 How much is it worth you may ask? The answer is $624 Billion.  Not bad considering that just 16 years ago they were just 90 days away from bankruptcy.  Apple is only the second company in the world to top the $600 Billion mark. Microsoft was the first company to top it.  However, Microsoft was not able to maintain that lofty position and currently holds an estimated value of $410 Billion.

Only ten years ago Apple was worth $10 Billion.  How does a company become so valuable in a ten year stretch?  The simple answer is stock.  The demand for the company stock, currently trading above $430 per share, drives the price higher and higher and the publicly invested money is counted as an Apple asset that is usable for operating capital.  The longer more complex answer is that the company realized they screwed up royally in 1985 by forcing Steve Jobs out.  They then desperately turned over the reins to him in 1997 with just months to go before possibly having to declare bankruptcy. Jobs was able to resurrect the company with products like iMac, iPhone, iPad, and iTunes and bring it to its current glory.

The next company to make a meteoric jump, in my humble opinion, is Google.  Now that they are launching physical products into the marketplace to go along with their already dominant position as the world leader in search, there will be nothing to stop them from becoming the world’s most valuable company. The fact that they create products and have the ability to direct approximately 67% of internet searches to those products will be the deciding factor.  It will be the first time in history where a manufacturer/retailer has that kind of leverage at every step of the purchasing process.  Google currently is worth a little over $200 Billion and its stock trades for $875 per share. You can expect a split soon.  A split does not in any way increase the stock value in of itself.  It simply makes the stock affordable to more investors by decreasing the price per stock and creating twice as many shares available on the market. This in turn will make a growing company like Google gain more public money.