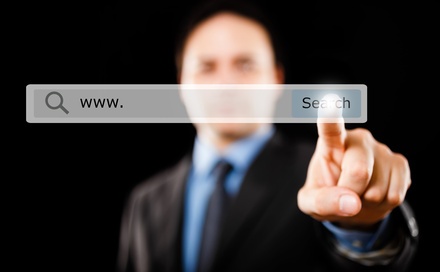 For those of us who remember the beginnings of in-home internet: a dial up signal followed by some loud scratchy noises and then waiting more than a couple minutes to connect, the online world we take for granted today would have seemed impossible. Search engines were in their infancy back in the 1990’s when they became the go to way to search the internet. It stands to follow that website owners wanted to make sure their sites were both accessible to and accessed by search engines to generate traffic to their pages and so search engine optimization (SEO) was born.

As search engines continued to develop and with evidence that webpages that ranked higher in relevancy saw higher traffic the need for SEO began to grow. The mid-90’s saw search engines pick up on things such as keyword density (a big move from the previous alphabetical formats) and tech savvy users were able to sort out the algorithms used by these search engines, opening the door for those in the know to structure their pages to become increasingly relevant therefore boosting traffic. Unfortunately there was not much that could be done to weed out the growing number of spam pages that started to show up, pushing down the actual quality sites.

These earlier days saw Yahoo as the most popular site used for running a search however its spot at the top did not last long with the introduction of Google. Breaking through and shooting straight to the top back in the late 1990’s, Google not only revolutionized the search engine for users, the behind the scenes also changed the world for developers. Google introduced PageRank and other new algorithmic rankings which made SEO not only more difficult but also created the need for a different approach. Google’s ranking and organizing was completely new and introduced bots to the search world. This  made for a substantially better user experience by eliminating the spam sites from top search results. Over the past decade Google has continued to be the leader in creating new ways to provide the highest quality search results to its users by working to keep one step ahead of sites looking to use cheap methods to receive higher rankings over sites who provide actual answers to their users.

Today’s world of SEO looks completely different than it did five, ten, and especially twenty years ago. The game keeps changing especially now with the increasing need to incorporate the ever growing world of social media. It is probably a safe bet to predict that SEO will look completely different in five years than it does today. Looking at how far and how much the web has changed for the better, there are always new ways being devised to help boost a sites rank.